The Shen Laboratory focuses on elucidating the pathogenic mechanisms of Alzheimer’s and Parkinson’s diseases. We take a multidisciplinary approach to investigate the molecular and cellular mechanisms underlying pathologic degeneration of specific neuronal populations in the adult central nervous system. Through the generation and analysis of a variety of mouse models that carry mutations in the disease genes, we identified a number of early functional impairments that may trigger the pathogenic cascade leading to neurodegeneration. The Shen Laboratory was home to the BWH Morris K. Udall Center of Excellence for Parkinson’s disease from 2015 to 2021.

Elucidating the pathogenic mechanisms of Neurodegeneration 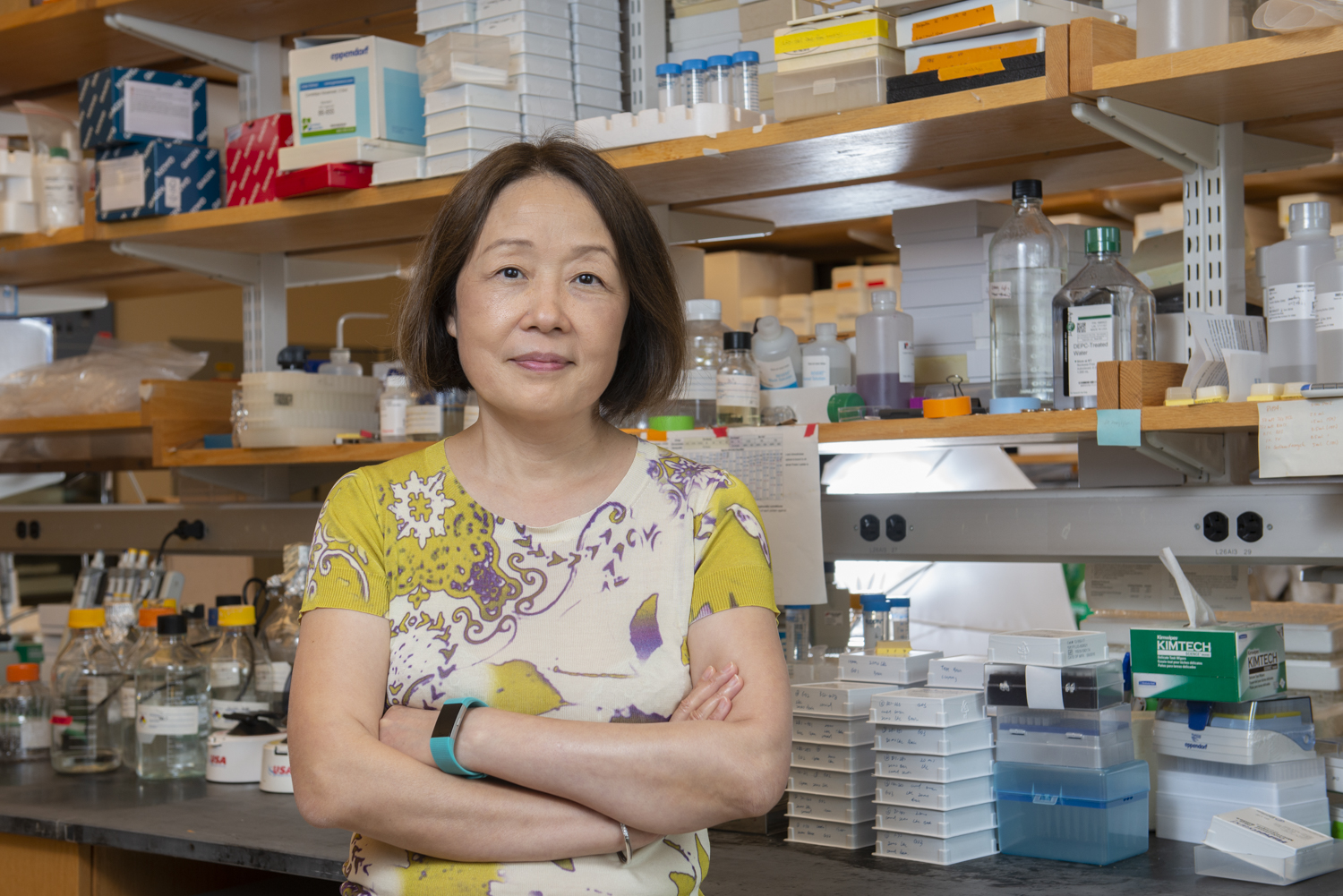 Dr Jie Shen is a Professor of Neurology at Harvard Medical School. Her research is focused on the pathogenesis of Alzheimer’s and Parkinson’s diseases. Her genetic studies led to the proposal of the Presenilin Hypothesis, which posits that loss of presenilin function underlies neurodegeneration and dementia in the pathogenesis of Alzheimer’s disease. She also revealed that presynaptic defects in neurotransmitter release might underlie age-related neurodegeneration in these disorders.

Postdoctoral Fellow position available to study the molecular and cellular mechanisms of Alzheimer’s and Parkinson’s diseases. Recent PhDs with strong background in molecular genetics, electrophysiology and biochemistry are encouraged to apply. Send CV to Jie Shen at jshen@bwh.harvard.edu.